Diabetic foot ulcers are a major complication of poorly controlled diabetes, forming as a result of skin tissue breaking down and exposing the layers underneath. They’re most common under your big toes and the balls of your feet, and they can affect your feet down to the bones. 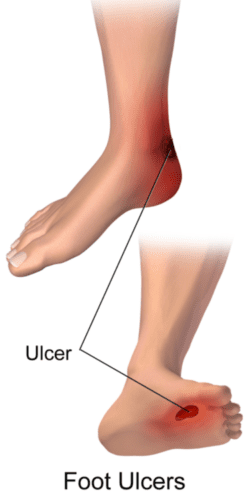 What are the symptoms?

One of the first signs of a foot ulcer is drainage from your foot that might stain your socks or leak out in your shoe. Unusual swelling, irritation, redness, and odors from one or both feet are also common early symptoms of a foot ulcer.

The most visible sign of a serious foot ulcer is black tissue (called eschar) surrounding the ulcer. This forms because of an absence of healthy blood flow to the area around the ulcer. Partial or complete gangrene, which refers to tissue death due to infections, can appear around the ulcer. In this case, odorous discharge, pain, and numbness can occur.

Signs of foot ulcers are not always obvious. Sometimes, you won’t even show symptoms of ulcers until the ulcer has become infected.

Treatment for diabetic foot ulcers and foot pain varies depending on their causes. Remember, infected ulcers can result in amputation if neglected.

Schedule a personalized assessment and find out your treatment options. 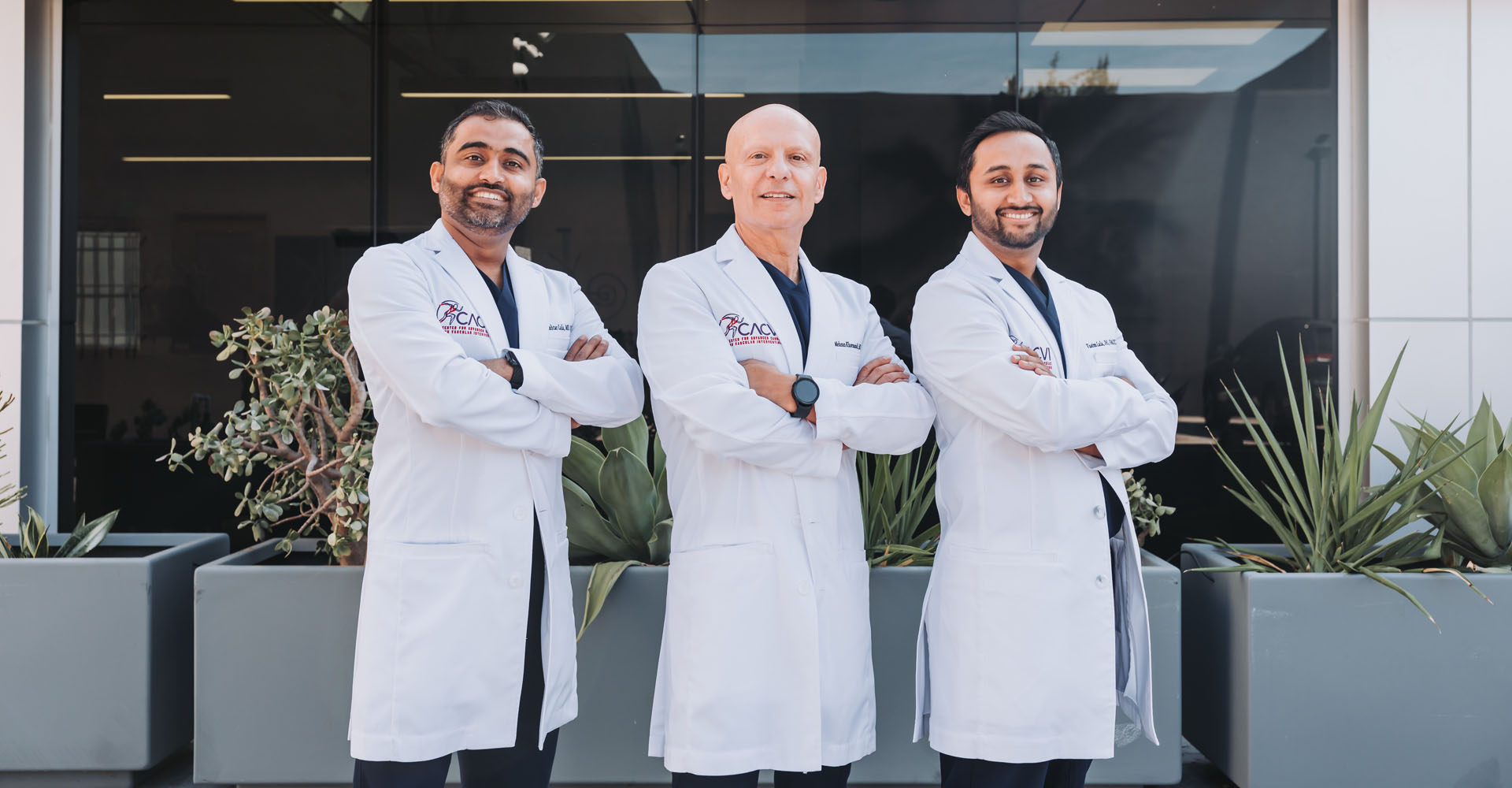 The Center for Advanced Cardiac and Vascular Interventions (CACVI) is led by Dr. M Lala, Dr. Khorsandi and Dr. V Lala, who have over thirty years of practice with over 15,000 successful vascular and cardiac procedures performed. Our physicians are determined to provide each patient with unparalleled expertise and compassionate care as they work diligently to improve your health.